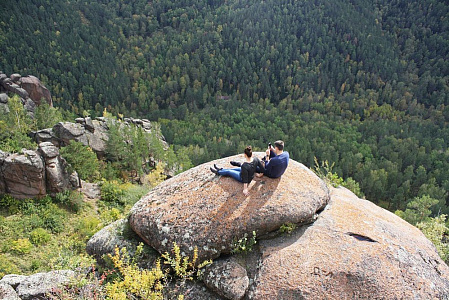 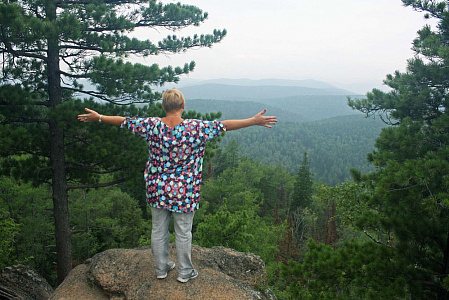 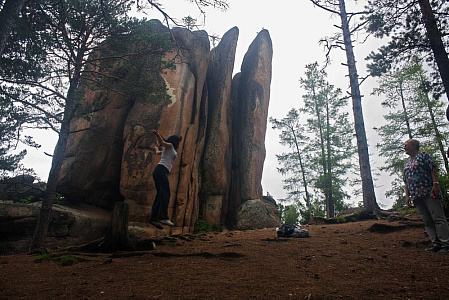 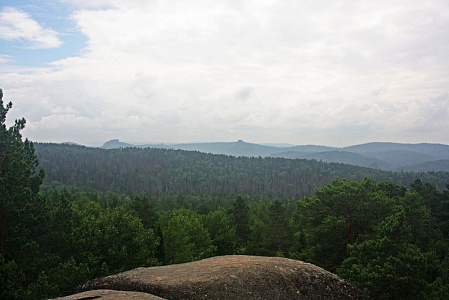 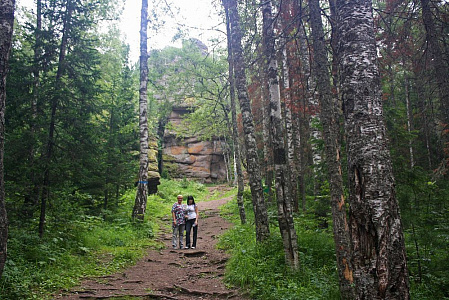 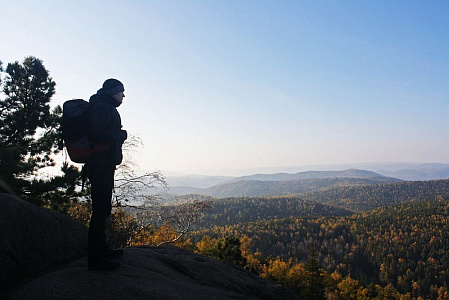 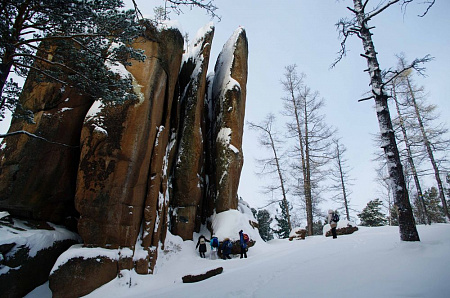 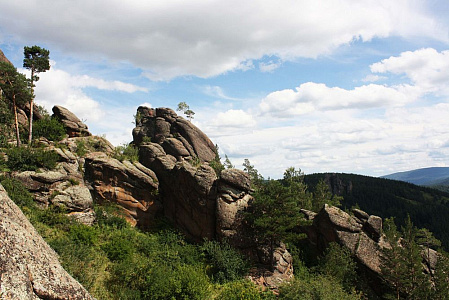 5 1 https://sibexcursions.ru/en/sights/krasnoyarsk/natura_objects_en/National-reserve-Stolby/
Book a tour
National reserve «Stolby» - an intact place of incomparable siberian nature in Krasnoyarsk outskirts and it’s the first national reserve in Krasnoyarskiy krai. «Stolby» has lonf and difficult story of origin. For a long time in the reserve’s territory were held tree felling for city’s needs, rocks were blown up for the wall-stone, the hunting took place.
This place got the status of the reserve «Stolby» in 1925. – It was initiative of Austrian war prisoners, that were working in the reserve. From 1925 tree felling and other activities stopped and the national reserve «Stolby» is under the government protection. Nowadays the national reserve is a center of attraction of people who live in Krasnoyarsk and its guests. There are 320000 visitors during each year. Only here you can walk through the forest and breath the fresh air.
The national reserve has become popular because of the quaint forms of the rocksm which are situated near the tourist’s paths. One of the rocks, named «Takmak» you can see from any part of the city center. The national reserve is divided to 3 parts – 2 of which you can visit all year round. There are many tourist’s paths and routes with different length, from 3 till 28 kilometers. You can take a map for convenience.


EXCURSIONS, WHERE YOU CAN VISIT THIS PLACE:

“The landmark of Krasnoyarsk”

“Treasures of the planet on Krasnoyarsk coast”

“Takmak me godfather and swat”

Our specialists will help you, will give a free consultation and select an excursion
Ask a Question

A trip to the fun park "Bobrovy Log" and visiting the rock Takmak. 3-4h.